Through an official, the Cambodian government stated that casino establishments were prohibited in the Angkor Wat region within Siem Reap situated Northwest of Cambodia. On August 27, the casino investor NagaCorp, listed as a HongKong company, filed interim results. Within this, it was apparent that they planned on exploring the possibilities of IR development in Sihanoukville and Siem Reap areas.

For the longest time, NagaCorp has enjoyed a casino monopoly within Phnom Penh – Cambodia’s capital and neighboring areas. Integrated resort or IR is a term used a lot in the gaming industry to discuss a huge complex that houses not only a casino but other resources for tourism and conferences. However, it may be used to describe a resort with other facilities but no land-based and internet casinos.

This means that NagaCorp cannot be held to stating that they are interested in establishing a casino in Sihanoukville and Siem Reap. They could just be talking about tourism development. Siem Reap is only a couple of miles to the South of Angkor Wat. The Angkor Wat is the most massive religious structure site and houses a temple named after.

This temple was initially built in honor of the Hindu god Vishnu. However, it gradually became Buddhist over time and has been referred to as a Hindu-Buddhist temple. The temple was erected in the early 12th century by the Khmer King Suryavarman. It was situated in the capital of the Khmer Empire – Yasodharapura, which is now known as Angkor. It is such a prominent part of Cambodian history that it appears on their national flag.

Like with many ancient temples that have survived to modern times within Cambodia, there is a lot of deterioration plaguing Angkor Wat. This is seen in the form of plant and fungi overgrowth, damages from war, and theft. However, compared to other Cambodian temples, it has not suffered so much war damage and theft. Also, it has undergone the most pain-staking restoration compared.

It is even listed as a World Heritage site by UNESCO, and before the COVID-19 pandemic, it was a very popular tourist attraction. Only a handful of places could be compared to the splendor of this temple. Similarly to the other Angkorean temples, its architecture’s main theme was based on the temple-mountain concept. It is made up of a central tower and four smaller towers. The center’s one is symbolically Mount Meru, which is believed to be the home to the god Vishnu and the universe’s center.

Following the publicity of NagaCorps aspirations, a quote within the Phnom Penh Post newspaper was published on Monday. A top government official, Mey Vann, within the Ministry of Economy and Finance, commented on the situation, “I know nothing about it, nor do I know what point of reference they are coming from, but our laws bar casinos from Siem Reap’s Angkor area”.

He also stated that if the company was interested in developing an IR business (without a casino), it would need to get a license from the Ministry of Tourism. Top Sopheak, a spokesman of the Ministry of Tourism, was also quoted in the newspaper. He stated he was unaware of NagaCorp’s interests, but the ministry was open to Siem Reap investments.

Macau Legend Development Ltd, a hotel operator and casino services firm, has equally conveyed their interest in an integrated resort within Siem Reap Province. Last December, the company had its deadline to purchase land allocated for that purpose extended. Earlier in the year, in June, they announced even more delay. They pushed their deadline to June 2021.

There has been the rapid growth of the coastal city of Sihanoukville in recent times. This is mainly due to high rates of investment in real estate development by the Chinese. A couple of these projects are related to gambling.

Gambling in Cambodia is illegal, according to the 1996 Law on Suppression of Gambling. This effectively criminalized all forms of gambling that do not have appropriate authorization. Penalties range from the payment of fines to prison sentences of short durations. However, the General Department of Prisons in Cambodia does not include gambling as one of the 28 crimes that imprisonment can be used for punishment.

Culturally, gambling is a popular activity in Cambodian culture. Men who do not gamble are seen as less masculine. This means that though there are legal restrictions placed on it, it is still widespread. Citizens are permitted to gamble through government-sponsored gaming or government authorized gaming institutions.

Cambodia has so much untapped potential when it comes to gaming. However, the government thinks Angkor Wat should be spared from the effects of casino building. 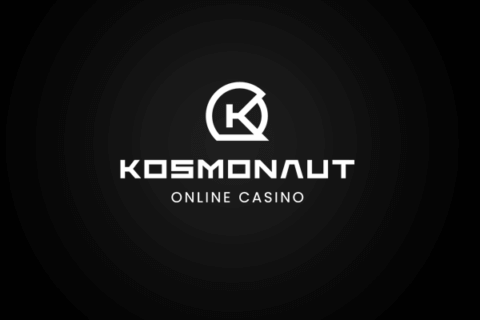