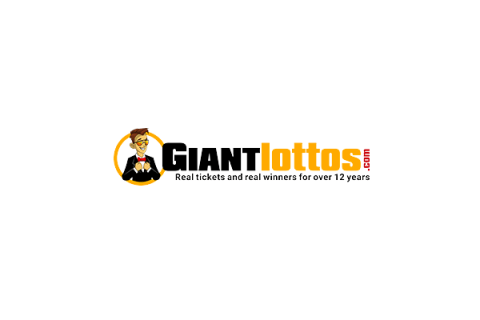 Since its establishment in 2007, Giant Lottos has increasingly gained traction among lotto players around the world. The company is licensed in Cyprus capital, Nicosia, and operated by Neezy Technologies. Note that the company purchases and holds tickets for the best online lotto and raffles from around the world. You only need to sign up to participate in popular lottery draws.

There are different kinds of lotteries available on the Giant Lottos website. From UK Lotto, EuroMillions, El Gordo Irish Lotto to Mega Millions, and many others, accessing tickets for the biggest lottery draws on the website is only a click/tap away. In this Giant Lottos Review, we help you explore the bits and bytes of the platform.

Playing lotto games online has become the new normal. However, finding a platform with the best offers and bonuses can be a real challenge. Thus, the big question is which bonuses are available on Giant Lottos? Well, a quick search for offers on Giant Lottos pulls up the following:

Before signing up to play lotto online, you should always find out if a platform features enough games. Moreover, always inquire about Software Company that operates a gaming site. On Giant Lottos, players have access to the world’s biggest lottery draws and raffle tickets. Note that Giant Lottos is run by Neezy Technologies based in Nicosia, Cyprus. The company provides the necessary IT infrastructure and gaming software that keep Giant Lottos up and running.

The games you can play on Giant Lottos include but not limited to the following.

Giant Lottos customers have a chance to participate in at least 12 lottery games. The games include EuroMillions, which has the largest jackpot prize on the site, followed by Mega Millions, US Powerball, Eurojackpot, SuperEna Lotto, Mega-Sena, and UK Lotto. Other Lottery draws on the website are Lotto 6aus49, Cash4Life, Canada Lotto 649, France Lotto, and Irish Lotto.

There are also several games featured in the Lotto bundles category at Giant Lottos. The largest one is the ‘all draw bonanzas’, followed by Giant4 Favorites, Euro Millionaires, and Mega Power. Each of the lotto bundles features several games. For example, Euro Millionaires features 6 games. The Mega Power bundles draw ticket gives you a chance to participate in two lotteries.

Giant Lottos is available on mobile devices, giving gamblers a chance to play on-the-go. The mobile website is highly responsive and user-friendly. The Navigation menu and icons are also straightforward.

The website theme remains the same in both the mobile display and on the mobile site. Moreover, the Giant Lottos is accessible via mobile device operating systems such as Android, IOS, Windows, and Blackberry.

When it comes to banking methods, Giant Lottos lists several ways available to punters at the click/tap of a button. They include MasterCard, Visa, EasyEFT, and check. Moreover, they accept bank and e-wallet (Skrill) deposits/withdrawals. Giant Lottos processes winnings and deposits within 24 hours. However, it may take up to five days in some cases.

The banking methods on the site are not only the most trusted but also very secure. Giant Lottos prizes are listed in three main currencies: Euros, the US Dollar, and British Sterling pound. They are also the three major currencies for operating a player’s account.

Every Lotto gaming platform has something unique to offer players. Thus, choosing one that suits your needs depends on many factors. Giant Lottos offers are particularly notable. The Lotto bundles discount offer is worth the chance you get playing the world’s largest lottery draws for less than half the cost.

Lotto Syndicates are notwithstanding extraordinary, allowing punters to choose how to play. However, they should add more banking options, especially e-wallets, to make the platform attractive. They should also clearly spell out their bonus terms and conditions.

If you have ever wanted to join sign up with a lottery ticket proxy seller, Giant Lottos is among the best choices. But before you hit the sign-up button and gain access to the world’s best lotto bundles on offer, let’s answer a few more questions.

How to Start Playing at Giant Lottos?

To play games on Giant Lottos, visit the official website and opt-in by clicking a green icon labeled ‘play’ beside each game. Next, choose a line manually or use the quick pick tool on the site. Continue to check out to submit your entry. Signing up is quick and easy. You can register using Google account, Facebook account, or from scratch to participate.

How Does the Lottery Bonus System Work at Giant Lottos?

The lottery system at Giant Lottos works on the premise of more games, more discount. It is especially the case with lotto bundle games. The welcome bonus system is a replica of most SA online casinos.

How to Make a Deposit at the Giant Lottos Website

You need to use accepted banking methods on the site to deposit funds. But first, find out about methods accepted in your country. Always email the accounts department at Giant Lottos to verify a successful deposit.

Is It Possible to Win on Giant Lottos?

Yes, anyone can win on Giant Lottos. The platform is legit and boasts of a 100% payout record.

How to Withdraw the Winnings from Giant Lottos?

Withdrawing winnings from Giant Lottos is easy and takes a few minutes. Send a request to the accounts department using the provided email. In the message, state your name and the amount you want to withdraw.